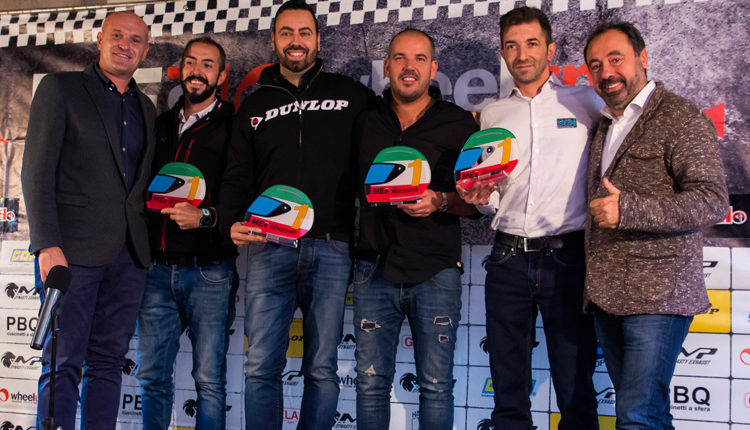 SH Group has acquired the contract to promote the Alpe Adria International Championship with the aim of proposing a transnational championship that will make the most of the spectacle offered by the classes at the start. The queen category has so far been the SUPERBIKE, which is flanked by the continental titling classes such as SUPERSTOCK1000 and SUPERSPORT300, and the SUPERSTOCK600.

A prestigious event, which allows to win two trophies of European value, for which the promoter’s development programs foresee important interventions already in this first season.

“Alpe Adria International Championship is a stage on which a show is staged that deserves to be valued – explains Bruno Sandrini CEO of Sh Group – so the interventions we have planned for this first year will optimize the marketing and communication sector. We have already launched the new website www.europeanrace.com, which already from the domain tells of the continental connotation of the championship, as well as the new social pages. We will optimize the video product, with a wider and quality offer, trying to convey the same not only within the web world as in the past, but through the television media of the pilots’ countries of origin. This will offer all participants the opportunity to better convey the brands of their sponsors. Particular attention will also be paid to the other media carriers, print and online magazines, with whom collaboration will be intensified and to whom content and assistance will be guaranteed.

The calendar is not yet final, the tests this year go from six to five. We acquired the championship very late, just under a month ago. We preferred not to force dates in periods of the year not suited to motorcycling, also aware of the fact that most of the 2019 participants did not play more than 5 races. The goal is to help and retain the teams that believe in this review with benefits, to then bring the review back to six tests starting from 2021 “.

The teams are the actors of the Alpe Adria International Championship show “Yes, the teams, large or small, are those that must be protected and valued” explains Sandrini. “For this reason we have decided to offer a series of benefits linked to presence and results, which the teams will benefit from by returning to the start of the following season. A first sign, an aid to the teams that over the seasons we would like to make economically increasingly important. A prize for those who demonstrate seriousness and ability to plan. “Attention will also be paid to the pilots” The pilots are the finalizers of all the work of the organization and the teams for which our goal is to offer them balanced, well organized and high level. We will enhance the titles at stake as already mentioned, an optimal situation both for the continuation of their competitive career and to gain the support of partner companies and sponsors “.

Attention will also be paid to the circuit environment “Our interventions will be targeted as we already said to the communication of the entire AAIC product, so we will propose an organized” world-style “paddock with well-defined areas, furnishings and visual impact of the level and possibility of using a high level hospitality service. This will be another important novelty proposed to the teams and their partners. There is still a lot of work to do, we only have 4 months before the first race of the season, but we are not scared at all. We have experience in organizing championships, so we know that we will arrive ready for the first race, where we are sure it will be fun. Our goal is to offer teams and drivers an immediate blazon alternative to national championships, with clear rules and a friendly environment, characteristics of our way of understanding motorcycling “

THE ALPE ADRIA CUP CONFIRMED ALSO IN THE 2020 SEASON