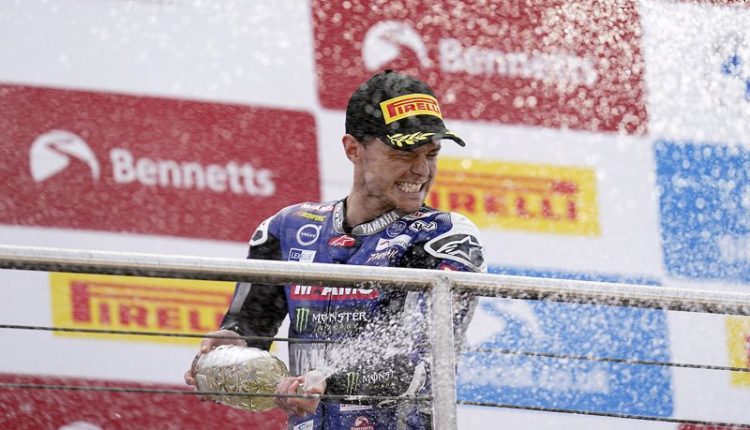 Tarran Mackenzie’s winning performance at Donington Park has given the McAMS Yamaha rider a ten-point advantage heading into the title decider at Brands Hatch in two weeks’ time (October 15/16/17), despite being forced out of the action in the final race of the weekend with a broken battery connector.

Mackenzie said:  “I think there are a lot of positives to take out of this weekend as we come away from Donington with a bigger points lead than we had coming here, so I’m really happy with that.

“We showed our speed in the first race coming through from 13th to win. In the dry we have a great setting, in the wet in the final race I also felt really comfortable and had a good feeling but unfortunately a little technical problem, which was no-one’s fault, ruled us out. We go to Brands Hatch with a bit of a buffer, it’s not a lot, but it’s a bit and I look forward to getting stuck in there.”

As Showdown spoiler Gino Rea claimed the double victory, it was a significant moment in the title chase for Christian Iddon as he more than halved the advantage to his McAMS Yamaha rivals after the three races at Donington Park. The VisionTrack Ducati rider now heads to the final round with just a 15-point deficit to Mackenzie at the top.

It was another tough day for Jason O’Halloran who was unable to capitalise on his McAMS Yamaha teammate’s misfortune in the final race. The Australian claimed an eighth place finish in race three, meaning he now heads into the season finale still well in the title fight, holding second in the standings, but 10-points adrift.

Tommy Bridewell heads into the season finale six points adrift of Iddon with Danny Buchan and Peter Hickman still in mathematical contention ahead of the final three races of 2021 on the Grand Prix circuit with a maximum of 75 points available at Brands Hatch.