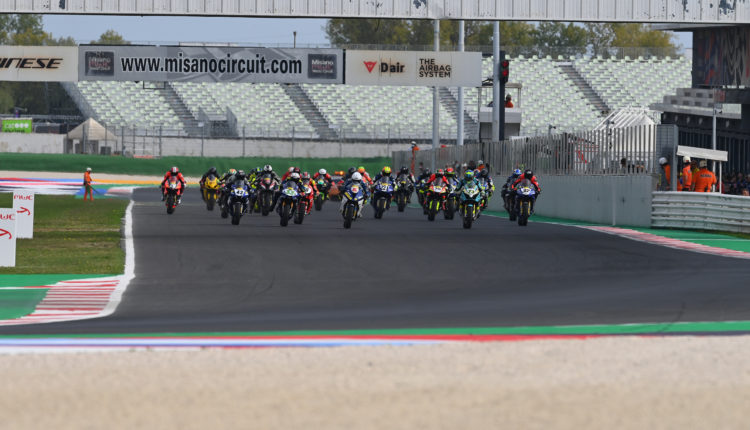 DUNLOP CUP: AN INNOVATING SEASON ENDS, BUT EVEN MORE SURPRISES ARE COMING …

With the Misano weekend the curtain fell on the 2021 edition of the Dunlop Cup. The trophy monogomma proves to be healthier than ever, having enjoyed almost all of the reconfirmations with respect to the previous season in addition to the numerous new grafts that yes are presented at the starting line to try their hand at fierce challenges between the racetracks of Mugello, Vallelunga and Misano.

The big news of the current year has been approved and confirmed for 2022, namely the introduction of the format which provides for two distinct and separate championships within the same grid, with relative rankings, sub-categories and divided awards: pilots and technicians in fact, they promoted the arrival of the PRO and ROOKIE classes, which led to a higher competitiveness due to the leveling of performance, all for the benefit of the show
between the curbs.

The calendar was divided into 7 rounds, with Vallelunga’s only single challenge he has awarded double points. Andrea Boscoscuro, standard bearer of the Yamaha MotoXracing team, was the great ruler of the 1000 PROs; pole position, victory and signing on the fastest lap in every single race for a incredible score of 233 lengths, which means full points. The ’89 class rider has demonstrated a clear superiority over rivals, never making the slightest mistake, for results that speak for themselves. The silver cup went to Pelizzoni Diego, author in any case of a very high level vintage riding the splendid Suzuki GSX-R 1000 of Primera Liebre team: there are in fact 6 podiums out of 7 heats (of which 5 second places) and a 5th placed in the inaugural challenge of Mugello, which translates into 147 total points. Science Nicola, standard bearer of the BMW Skimoto Racing team, finishes third overall at 116 with a total of 4 podiums. Fourth place for Crotta Elia (98 points and 3 podiums) ahead of Lotito Simone (74) and De Noni Fabrizio (53). Followed, in order, by Gipponi Cristian, Pedrini Stefano, 2020 Champion Zerbo Sebastiano (who this year only took part in the single duel of Vallelunga) Piort Falat, Troiani Massimiliano and Zamblera Andrea.

Moving on to the 600 PRO, a thriller finish of the trophy crowned him with 172 points dry lap specialist Ceccarelli Matteo. The athlete of the Yamaha Alfonsi Racing team, thanks to a journey that saw him collect two victories, all the poles in the program and constantly climb the podium, managed to overtake by just 10 points. Simoncelli Circuit “, thanks to the failure of the latter’s engine just before the start of round 6. The Yamaha Tocca Racing team rider, who had inaugurated the season with 3 consecutive victories, can still console himself with the 1st place among the over 35 category competitors. Third place overall for Picciuto Riccardo (Yamaha EMC2 Team) with 146 points resulting from a victory and 4 other podiums. Fourth position at 96 for the centaur of the Seven Team Yamaha Besana Giorgio team (second among the over 35s) followed by Cerullo Giancarlo, Frusconi Davide, Fada Ermes, Rizzo Gianluigi, Fornari Corrado and Cionna Nicolò to close the top-ten.

In the very thick category of the 1000 ROOKIES, watching everyone from above at the end of the competition is Giacomelli Andrea, mathematically graduating Champion at the end of the penultimate challenge of the trophy. 198 points were won by the BMW 100HP Team rider, with 4 victories and 3 second places, as well as two pole positions and 4 fastest race laps. Cavicchioli Massimiliano, who on the Mugello circuit had immediately celebrated two consecutive victories with the BMW of the Puntomoto Corse team (and then moved on to the Pistard team during the season), stands in the place of honor with 98 lengths, albeit with the primacy in the special subcategory dedicated to the over 45s. Third overall and second in the under 45s Cantile Salvatore at 91, who can boast a magnificent victory on the Vallelunga soil aboard the Yamaha R1 of team Seven. Fourth place at 86 is Peter Ennemoser, who has been on the podium 3 times with the Ducati Panigale of the ST Racing team. Scrolling through the ranking, we then find Boccadoro Mauro stopped at 78 in front of Bani Daniele, Ruggiero Nicola, Mugnai Lorenzo, Sgariboldi Andrea and Stringara Thomas in the first 10 boxes. It is impossible to forget Zamblera Zaverio, a class rider who unfortunately was struck by a fatal illness during a foot race during the 2021 season.
We end with the 600 ROOKIES, where Sighieri Niccolò graduated as Champion with a comeback on Guadagni Filippo, unfortunately the victim of an arm injury that forced him out of the battle for the laurel. The winning athlete of the Yamaha Alfonsi Racing team closed the edition with 155 points, 30 more than the direct opponent of the Kawasaki Puntomoto Corse Team. Bronze medal for Airoldi Fabrizio with 105 points, which however imposes itself in the over 35s. Romagnoli Andrea remains at the foot of the final podium at 99 points, preceding Pazzini Gianluca, Paolucci Mattia, Iannuzzo Armando and Pinto Vincenzo.

See you next year!

THE SUPERMONO DAY WAS BACK IN MODENA