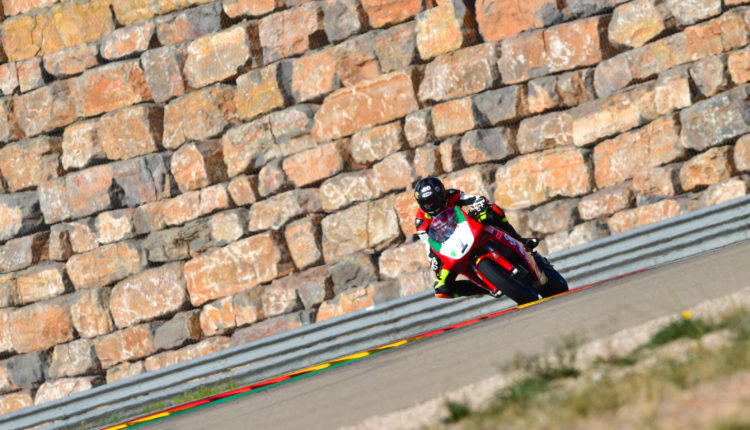 The sixth and final round of the ESBK Legends Spanish Cup took place last weekend in Aragon. And what better place than a World Championship circuit to close a new and exciting record season?

In the first qualifying session Raúl Loscos was the fastest followed by David Chumillas and Carlos Carreira. In the second it was Juan Carlos Pérez who managed to stop the clock with the best time, leaving Carreira second and Chumillas third.

With these results Pérez got the pole position, but in the race he was forced to retire. David Chumillas was able to take the lead from the start and set an impressive pace, impossible for his opponents to maintain. Loscos, after a good fight with Juan Carlos Rosa, managed to see the checkered flag in second position. Sergio Adrián Peraza closed the top three.

For the sub-rankings, in the SBK750 Legends Raúl Loscos, Laurent Villeregnier and Carlos Carreira conquered the podium, while in the SSP600 Classici protagonists were Iván Álvarez, Mario Peru and Víctor Ortega and in the SSP600 Legends David Chumillas Sergio Adrián Peraza and Miguel Sáez.