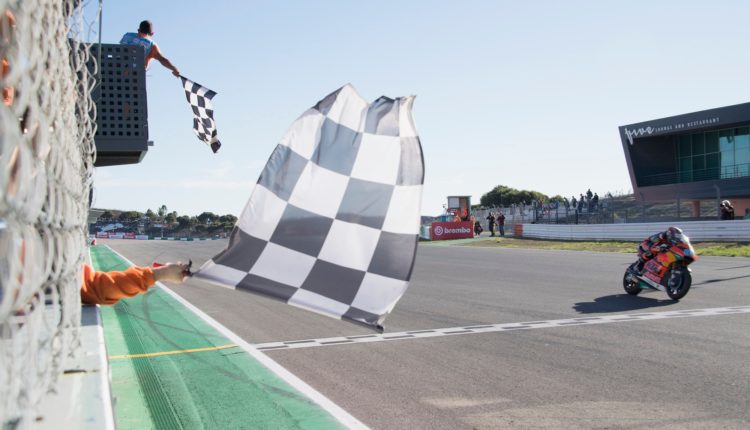 Finetwork, headquartered near Alicante, is a mobile and broadband operator revolutionising the sector across Spain – fast on the way to reaching a million individual clients in its mission to offer unbeatable service at unbeatable prices. The company already has a key presence in motorsport thanks to partnerships with both 2021 Moto3™ World Champion Pedro Acosta and double Formula 1 World Champion Fernando Alonso, and Finetwork’s commitment to motorsport will now reach new heights as title sponsor for the FIM JuniorGP™ World Championship.

Finetwork FIM JuniorGP™ begins in May this season as action kicks off at the Circuito do Estoril in Portugal. From there the calendar takes in the Circuit Ricardo Tormo in Valencia, Circuit de Barcelona-Catalunya, MotorLand Aragon and the emblematic Circuito de Jerez-Angel Nieto in Spain, as well as returning to Portugal for the rollercoaster of the Autodromo Internacional do Algarve. The newly named JuniorGP™ class also races alongside the FIM MotoGP™ World Championship at Misano World Circuit Marco Simoncelli.

Finetwork will take top billing throughout the incredible eight-round 2022 season and beyond, welcoming in a new era for the Finetwork FIM JuniorGP™ World Championship.

Manuel Hernández, Finetwork CEO: “We are very proud to sponsor one of the biggest competitions in World Championship-level motorcycle racing and thereby support young riders and the champions of the future. Just like us, they build their success on hard work, discipline, strength, humility and sportsmanship.”