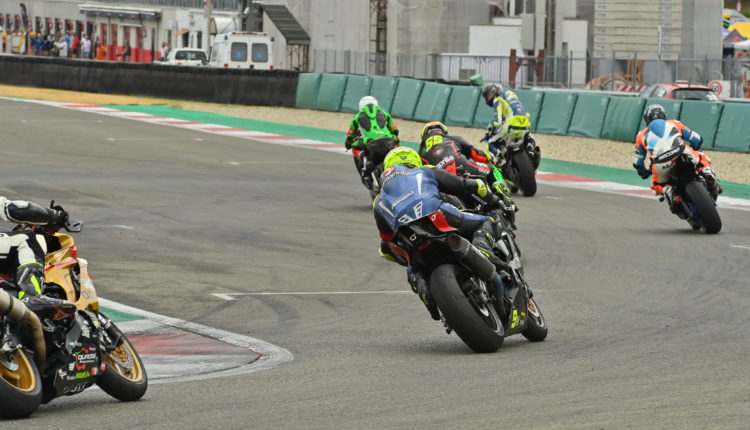 The fifth and last of the MotoEstate Trophies will be staged on 24 and 25 September on the Cremona Circuit. All categories are still very open and for the first time on the Lombard track, the event will be open to the public.

In the premier class, the 1000 Open, Valter Bartolini is already champion, but he will have to contend with fierce rivals and some special guests. Emanuele Lo Bartolo, Massimo Boccelli and Jari Remoto will play for the podium instead: who will be able to win?

All the other classes are more fought than ever. Let’s start with the 125 SP, in which the legendary 125 2-strokes compete, together with the Moto4. On the grid we will also see the RF300 Corsa at the start: the Low Cost GPs presented last round in Varano by Alex del Bianco and his crew that once again demonstrate how much they are appreciated by the young public. Again, it will be fun. Another category reserved for iconic motorcycles is the Supermono, in which handcrafted single-cylinder bikes compete. The ranking currently sees Andrea Raimondi and Daniel Bianchi divided by only two points: who will be able to better manage the pressure?

The Race Attack 600 and 1000 were also beautiful and hard-fought, two categories designed to be the link between the world of free practice and that of racing. Here rookies in the first year in the world of racing and slightly more experienced riders give it all, having fun and giving thrilling battles to the Trophy audience during the two sprint races scheduled, Superbike style. In 1000, Lorenzo Voch will have the first concrete chance of becoming champion, but sure that Niccolò Pellegrinelli will try to take advantage of the two heats to prevent him from doing so. In 600, there are many young people at the start, but for the title it will be a two-way fight between Marco Como and Luca Coletto.

In the 600 MES, Giacomo Gioia has a nice advantage over Mattia Balella and Giacomo Caffagni: the races, however, are known to be unpredictable and even the impossible can turn into reality.

We conclude with the most attended class of the MES Trophies: the 300 SuperSport. Last time on the Cremona Circuit there were 36 young drivers on the starting grid, with a nice mix of Italians and foreigners. Sunday we expect the usual show! And eyes on the duo: Mattia Sorrenti (Pirelli standard bearer) and Giacomo Zannoni (Dunlop) charged up as never before to compete for the laurel wreath.

The appointment is therefore on the Cremona Circuit on 24 and 25 September to experience an intense weekend of motorcycling together. The price of the tickets are: