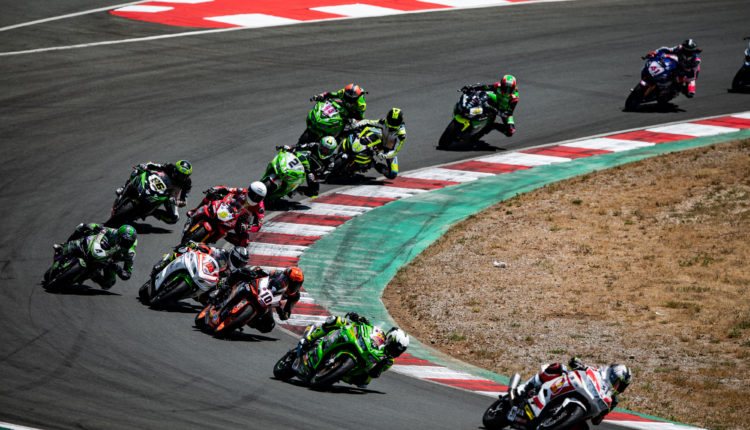 The duel between compatriots Sara Sanchéz and Beatriz Neila Santos is renewed on the occasion of the final round in Croatia. The winner this time, with the same gap accused yesterday of 11 thousandths, is the rider of the Yamaha Trasimeno team, able to maintain concentration after stopping the race on the third lap. It was in fact necessary to interrupt the race to allow the rescue of Aurelia Cruciani, who slipped again after yesterday’s accident that caused her a micro fracture in the shoulder: for the unfortunate rider of the Yamaha BRT team, checks are underway on the collarbone, even if at the moment no further fractures appear to be present but only contusions.

Returning to the race, the 2020 Champion also recorded the best lap in the early stages of the restart in 1’39.356; the precious additional point allows her to hook up the direct rival in the Championship at 111, with the two who are on par after 5 Rounds.

Roberta Ponziani was once again on the podium, with an evident growth compared to yesterday: the Kawasaki Prodina team rider managed to stay attached to the leading duo, finishing the race just six tenths from the leader; an excellent performance, even though the attack on victory was missed. With the 32 points of the weekend, Roberta is third in the standings to – 38. With a gap of more than 10 seconds, Sara Cabrini also takes a small revenge, this time excelling in the trio of pursuers: the athlete of the ALS Kawasaki team won in fact the duel on the finish line with Isis Carreno (Kawasaki GP-3 Team ) and Sabrina Della Manna (Kawasaki Gradare Corse Team).

The Women’s European Cup gives you appointment on the weekend 30 July – 1 August in Misano for Round 6 of the season! Stay connected to our social to discover a big news coming!!

“WE'LL FIGHT THIS WEEKEND”: MOTOE READY FOR THE CATHEDRAL OF SPEED