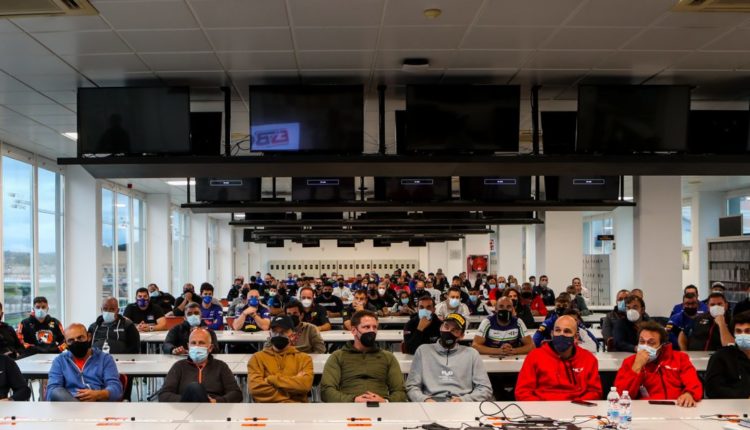 During the the sixth round of the Spanish Superbike Championship at the Ricardo Tormo Circuit, a meeting was held in the press room with all the teams of the competition to discuss the news for the 2022 season.With the presence of José Luis Berenguer, Sports Director of the RFME, Ángel Buitrago, President of the entity’s Speed ​​Commission, Andrés Somolinos, member of the same Commission and sports coordinator of the Spanish Federation, and Juan José Pérez, Technical Chief of the ESBK, some details have been advanced that will mark the next year.

Jerez, first test
On March 31, April 1, 2 and 3 will be the first round of the 2022 Spanish Superbike Championship at the Ángel Nieto Circuit of Jerez. Before, on the weekend of March 19-20, the official preseason test will be held, with a timing service, on the same stage. Throughout the year 7 events will be held with two races in each, the same as in 2021.

News in SBK and SSP: Supersport Next Generation arrives
The Supersport Next Generation arrives to which three new brands are added: Ducati, MV Augusta and Triumph in addition to continuing with those already present, and Superstock600 is incorporated, which will be the current SSP. This removes Open600. The Supersport Next Generation will follow the FIM regulations while Superstock600 will follow the current SSP.
In Superbike there will also be two categories, Superbike and Superstock1000, with the same technical regulation thus eliminating that of Open1000. In Superbike all riders will score and in Superstock1000 the top 10 SBK finishers of the 2020 and 2021 season will not be able to participate. As of 2023, the top 3 finishers of Superstock 1000, of the 2022 season, will not score in that class and must participate in SBK.
Women’s SBK
Regarding the Spanish Women’s Superbike Championship, in 2022 it will continue with the two categories of 600 and 1000 and with a two-race event.