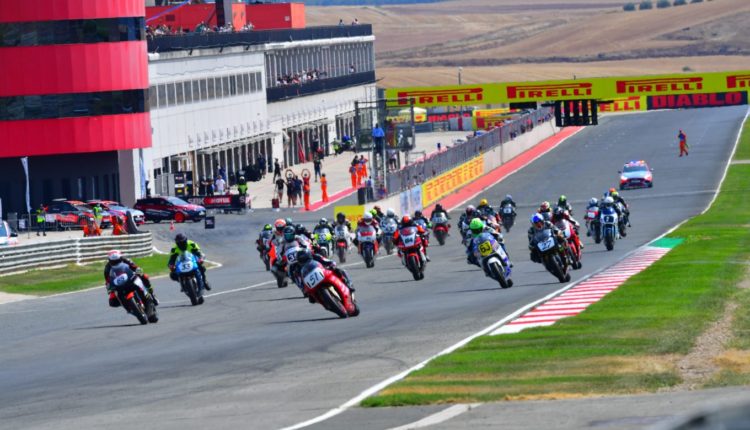 The fourth round of the ESBK Legends Spanish Cup took place last weekend in the best possible environment: enclosed within the Superbike World Championship which debuted at the Navarra Circuit. There was no better opportunity than this for the riders of this Cup than partecipating in the race and share paddock and track with the best in the world.

On Friday the participants took part in free practice, on Saturday qualifying sessions and race 1 and on Sunday the warm-up and race 2.

In Race 1, Enrique Hernández was the one who took the lead from the start and didn’t allow anyone to take that privileged position away from him. He saw the checkered flag before anyone else and won. Behind, Borja and Enrique Fernández sometimes swapped second place, but it was Serrano who crossed the line after the winner.

In the second, held yesterday, Enrique again led all the laps and once again climbed back to the highest box on the podium. This time Carlos Carreira and Borja Serrano were the protagonists of the fight for the second place that the leader of the general took, with the checkered flag waving. So Serrano closed the top three.

The fifth and final round of the RFME Spanish Cup of ESBK Legends together with the Spanish Cup of Classical Speed ​​will take place on 13 and 14 November at the Circuito de Jerez Ángel Nieto.