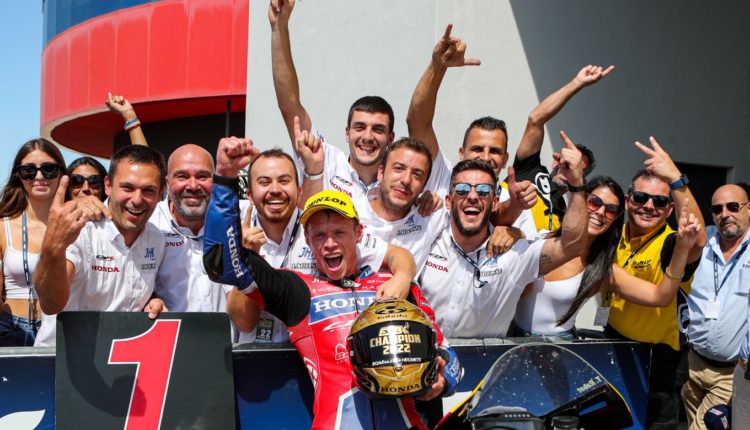 The Spanish Superbike Championship – ESBK has disputed its sixth round of the season at the Los Arcos circuit. It was a very busy weekend as the 50 points up for grabs were more than enough for some drivers to take the Spanish championship title.

The first races took place on Saturday with the victories of Óscar Gutiérrez, Meikon Kawakami, Julio García, David González, Izan Rodríguez and Pakita Ruiz. Today the race program included another six heats, and as always it was a spectacle. Tito Rabat triumphed in the premier class, Superbike with Óscar Gutiérrez finishing in second place and Borja Gómez in third. The three gave sight to a memorable battle, starting from the first lap. After an intense battle, Rabat took the victory and became the new Spanish Superbike champion.

In Stock1000 and thanks to his magnificent season, Dani Sáez has conquered the title of champion of Spain, thanks to the victory achieved.

Next and last stage of ESBK 2022 is scheduled for 14 and 15 October at the Jerez circuit, Angel Nieto.