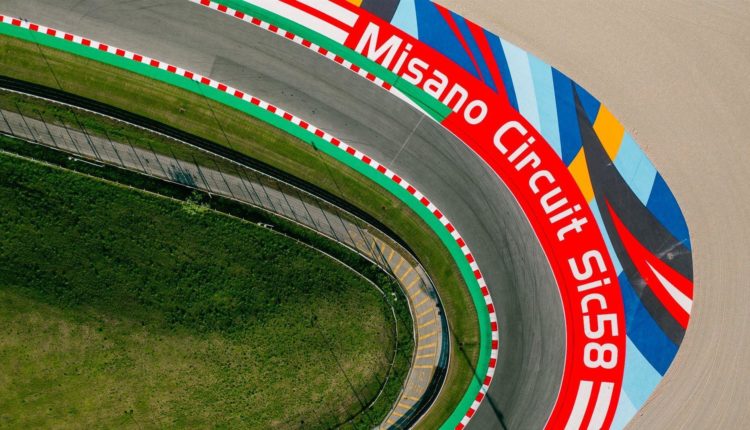 Next up for the FIM CEV Repsol, the FIM Moto3™ JWCh goes it alone on the Adriatic, with the class set to saddle up for battle at the Gran Premio Octo di San Marino e della Riviera di Rimini alongside MotoGP™. One race on Saturday will put another 25 points in play and there’s a lot on the line as the Championship arrives in the balance.

Daniel Holgado (Aspar Junior Team) arrives 42 points clear, with one hand stretching towards that trophy. If he leaves Misano with more than 50 points in hand he’ll take the crown, but with another two races after this round, will he play it safe or push for glory? It’s new turf for the FIM Moto3™ JWCh too, putting an extra challenge into the mix for those in contention at the top.

David Muñoz (Avatel – Cardoso Racing) is likely the remaining challenger to Holgado. He’s the rider 42 points off and the man with the momentum, arriving into Misano with a win and a second place last time out. Can he take the challenge to Holgado once again? Ivan Ortola, meanwhile, remains mathematically in contention for the crown but it’s now a 63-point deficit to the top for the Team MTA rider. With 75 on the table now and only 50 after Misano, he’ll need to put everything on the line to make gains in a final stand.

There’s plenty to decide in the tight battle just behind the trio at the top too. Scott Ogden (Aspar Junior Team) is first up, with the Brit on a roll recently after taking a first podium at Catalunya and then a first victory at Jerez – and in some style. Can he keep that going? Jose Antonio Rueda (Team Estrella Galicia 0,0) is hot on his heels, four points back, and David Alonso (Aspar Junior Team) only one point further down. The Colombian is also on a run of impressive consistency of late.

The usual suspects of fast frontrunners will likely be battling it out again, however, with a huge group of riders usually in the fight for the win. David Salvador (TM Factory Racing Team), Joel Kelso (AGR Team) and Takuma Matsuyama (Asia Talent Team) all have podium form already in 2021, with Mario Aji (Astra Honda Racing Team) only thousandths off that too. Salvador also has ridden at Misano before in another series. Syarifuddin Azman (SIC Racing Team) has been on the top step this season too, and he’ll arrive from Grand Prix experience with Petronas Sprinta Racing at the Aragon GP.

Some extra good news also sees Harrison Voight (SIC58 Squadra Corse) return to the fold, passed fit following his recovery from his Portuguese round crash. Where will he slot back in?

A Championship in the balance, a new stage for the FIM Moto3™ JWCh and a stunning one at that. Who will come out on top at Misano? We’ll find out as the lights go out at 17:15 (GMT +2) on Saturday the 18th of September.