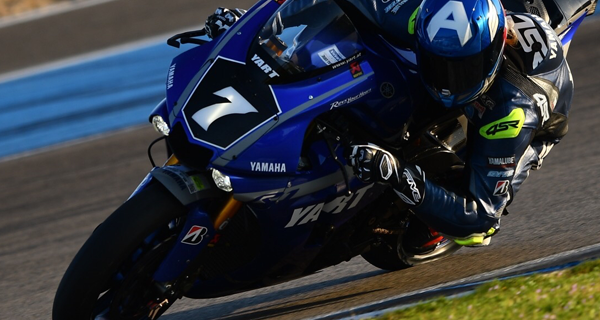 Karel Hanika: a name well known in the european series. Class 1996, the young rider was born in Czech Republic. He raced on motorbikes his whole life, since his first race on Minibike at the age of 6 y.o.  Throughout his career he raced in several classes until he got to the big stage of the Moto3. Before he also won the RedBull Rookies Cup and the AA European championship.

Karel is currently racing in the FIM Endurance World Championship with the austrian team YART YAMAHA.

We wanted to get to know him better a little more upclose and personal, ask about his career, his passions and about his future goals and he was kind enough to open up about.

(I.) Karel when and where was your very first race? Would you tell us about the feeling and emotions you had at that time?
(K.) My first race was in Pardubice (Czech Republic) in 2004, I was 7 years old. It was a long time ago so it’s not easy to remember the feelings, but for sure I can tell you I was very nervous but thrilled to race against other more experienced riders.

(I.) You have quite a lot of experience in different championships, do you have a “model” you look upon regarding your racing career?
(K.) Definately I always looked up at my father, who was a pro rider and was Champion of Czech republic in 1992. That’s why I so wanted to race like him.

(I.) If you could revive one moment of your racing career, what would it be? What was instead the least favourite moment?
(K.) My best one would probably be in 2012 when i won my first race in Red Bull Rookies Cup in Brno, in front of my home crowd, and then repeating it the year after was amazing too. My least favourite was definately in 2010, when I broke  both my wrist at the same time and had to stop for quite a long time.

(I.) What do you think are the 3 best characteristic that a rider has to have to compete on international level?
(K.) It is a very difficult question. I would say first of all you will need so much passion for both racing bikes and for spirit of competition. Then of corse having a good team people around you is really important. Skill and some speed are obviously needed.

(I.) Did you happened to find some difficulties managing the pressure during your career? If so, how do you manage it?
(K.) When you compete on high level, there is always pressure. But mostly it was coming from myself, trying to be better and better. You just need to concentrate what is best for you and the team, and try to remain calm and at the same time focus on your goal.

(I.) Are you going to race some rounds of the ALPE ADRIA INTERNATIONAL CHAMPIONSHIP in the next season?
(K.) Yes we might do couple of races this year as wild cards, especially we could use it also to test some parts on our Endurance motorbike.

(I.) Which are you goals for this upcoming year regarding your career as rider?
(K.) This year we are fighting for the World title in EWC with yhe team YART YAMAHA, and it is our goal to reach that and do great.

(I.) Do you work out to keep yourself in shape? Are you passionate about other sports?
(K.) Of course, motorcycle racing is very difficult physically, so you need to work on your body. I think doing a bit of everything is really important, so activities such as riding other bikes, work out at the gym, running, cycling and ice-hockey is all I usually do.

And so good luck for your upcoming racing season Karel! 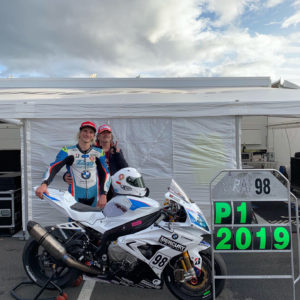 ESBK FIRST ROUND IN JEREZ: THE SHOW IS ABOUT TO START