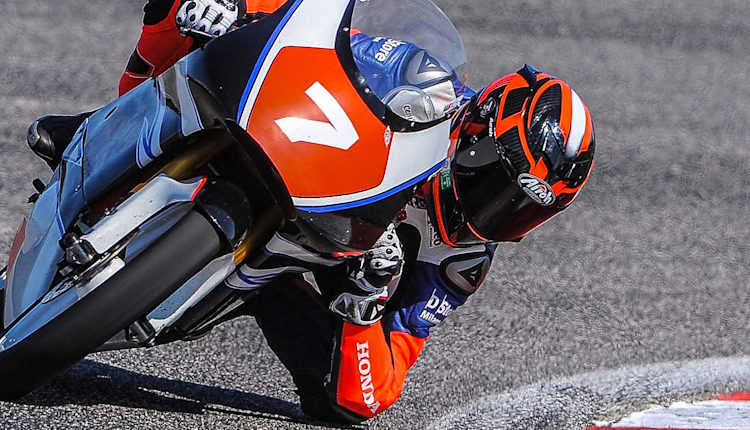 Moto3 is part of the Alpe Adria International Championship. The entry class of the categories that take part in all the national championships and the world championship, after a few seasons will return to tread the circuits of the series. Alongside Moto3 there will also be the standard Moto3 which is raced with the Honda, which until last year were part of the Talent Challenge: standard bikes with a competitive cost that allow riders to experience prototypes with low costs.

The regulations of the standard Moto3, follows those of the European Talent Cup and the Talent Challenge 2019, where you run with series motorcycles, as they leave the parent company. An important initiative to allow riders  aged 12 and over to take their first steps in an international context with low running costs. The possibility of racing in the Alpe Adria offers an international showcase for gaining experience, while for those who already run in other series, it may be the best way in view of other championships.

The technical regulation of Moto3 instead foresees all the bikes at the start and follows what is run in the national and world championships. All brands and riders of any nationality can race, with a minimum age of 13 years. It is the right chance to get closer to an international championship, which can become a launching pad for the junior world championship, facing 5 race weekends and 10 tests on the circuits of the Alpe Adria International Championship.

Riders and teams will thus be able to choose the bike and face a championship that for 2020 will give international visibility through different ways that the organization is developing, both from a social and television point of view. The registration costs, reported in the sports regulations, are competitive and will give the riders the opportunity to run a race weekend with free practice on Friday, while on Saturday the qualification that will establish the starting order, and race 1 will be staged. Sunday it will start with the warm up in the morning and race 2 in the afternoon.