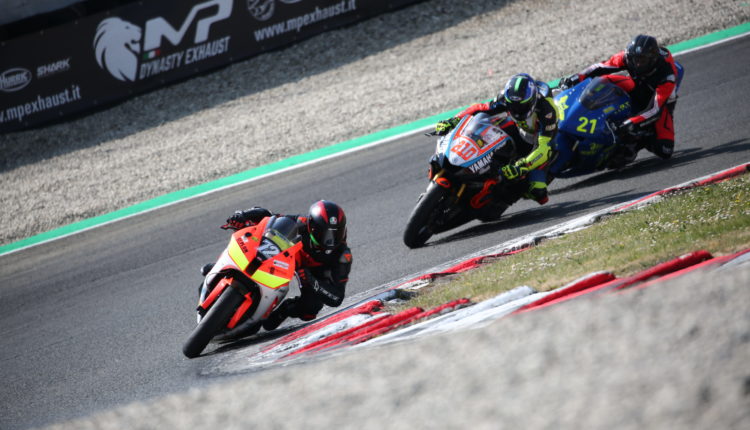 The registrations for the 2022 season of the MES Trophies are officially open.

The start of the 36th edition of the MP Dynasty Exhaust Motoestate Trophies will start next May 1st from Varano de ’Melegari, for the first of the five scheduled rounds. Here are all the news set for the next season.

New entry in the new edition of the MES will be the Naked and Junior Supersport classes. News also regarding the Big Supersports that will race as well as the Juniors in the 600 Open. Both will have separate rankings. In the other categories no substantial changes, if not some improvements in the sub-rankings as well as the addition of a qualifying session on Saturday afternoon for what concerns Race Attack.

Race Attack
The entry level category in the racing world undergoes changes in sporting, but not technical terms. The Open regulation remains, for both the 600 and 1000 class. Tires confirmed: D212 Gp Racer, which boast excellent performance at a very competitive cost.
In addition to the overall ranking, the Challenge and Rookies rankings will be awarded with different parameters than in previous years. Another novelty this year will be the addition of a qualifying session on Saturday afternoon.

Big Supersport
The positioning of what are defined as Big Supersport was a hot issue, mainly dictated by the new market needs. Even in the MotoEstate, the BIG SS, such as the MV Agusta F3 800, the Ducati Panigale V2 and the Triumph 765 will be able to race in the premier class of the 600 Open, but will have a separate classification.

Junior Supersport
Another new category dictated by the needs of the market will be the Junior Supersport, which will race within the 600 Open. This is taking shape thanks to the arrival of Aprilia 660, already present last season, and of the new Yamaha R7, Honda CBR 650, Kawasaki Ninja 650. It will be a low-cost category, useful for approaching the 600 for riders who do not participate in other championships, or as an ideal training for those who will already race in the Aprilia and Yamaha mono-championships.

Naked
After seven years, the category reserved for nude returns, which had given so much entertainment and fun. The last champion of the category was Nicola Ruggero, who beat the multi-titled Rudy Gaggiolo at the end of an exciting championship. After the brief historical excursus, let’s look at the new season with the category as always open to all Naked, recent and older, with a displacement between 600 and 1300. Being a varied market, the regulation is open to all motorcycles and riders with ranking based on horses. Super-little up to 110 horsepower, Super-medium up to 165 hp, Super-big over 165. This is to make it easier for all owners to get back on track and have fun with their motorcycles. The category will be raced in Dunlop mono-rubber: the riders will be able to choose between the D212 GP Racer or the D213 GP PRO.

Supermono
The Supermono category remains open to 4-stroke motorcycles from 250 cc to 800 and from 125 cc to 500 single-cylinder. In substance, nothing changes. It is ideal for racing with prototype motorcycles and remains open to pre-motorcycles 3 and Moto3 as well. The category will be, as has become customary, Dunlop mono-rubber with models depending on the bikes at the start runs under a free tire and constraint, like last year, with a data logger to measure the number of laps.

600 and 1000 OPEN
The queen classes will not have substantial changes. Everything remains unchanged. Open technical regulations and free rubber, up to a maximum of 4 tires to be used between tests and races.

600 and 1000 STOCK
The regulations of the categories, which will run within the Open, with separate classification, are authentic to those of the Stock 600 and 1000. For tires, the maximum number to be used will be four and Dunlop slicks can be used. In the event that the participants will be at least six, for each round, at the end of the race prize money in tires.