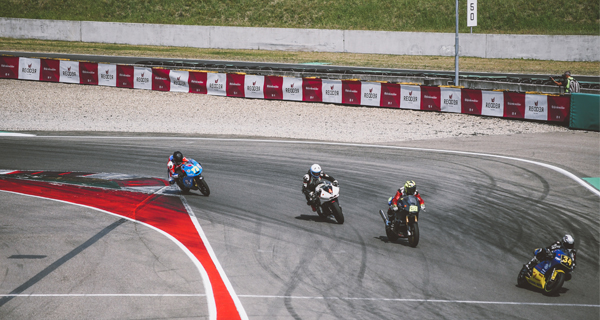 There is now less than a month to go until the season debut of the MP Dynasty Exhuast MotoEstate Trophies scheduled for the weekend of May 1st at the Riccardo Paletti racetrack in Varano de Melegari.

The first of the five rounds scheduled for this 2022 season of the MES Trophies will be staged on Sunday 1 May on the historic Riccardo Paletti circuit in Varano de ‘Melegari. to experience a weekend of racing full of adrenaline and fun. After the stage in the MotorValley, it will be the turn of the Cremona Circuit at the end of May, before the real news of 2022: the return of the MES to Magione at the end of June. Varano will be the scene of a new appointment on 7 August, for a summer stage that promises to be hot; while Angelo Bergamonti from San Martino del Lago (CR) will bring down the curtain on the 36th edition of MotoEstate at the end of September.

As for last season, there will be five seasonal appointments on three circuits located in three different cities: Varano, Magione and Cremona. The organization of the MES wants to offer on this bike a mix of technical and fast layouts that will give the opportunity to all the riders registered in the various categories the ideal conditions to express themselves at their best.

In terms of starting grids, 2022 will see several new features. The most awaited is the return of the “Naked”: the category open to all semi-faired motorcycles. The latest big market news such as the Big and Junior Supersports will also be at the starting line for this 2022.

Finally, the collaboration between SH Group (the promoter of MotoEstate) and the Piedmont Regional Speed ​​Championship (CRV), which this year will support the MES in four of the five scheduled events, is reconfirmed. The same goes for the Battle of the Twin Cylinders (BDB) which will bring the excellence of twin cylinder bikes to the track this year in all five rounds. The partnership with the RBF CUP was also reconfirmed: a promotional cup designed as an entrance step for two-wheel enthusiasts into the world of racing.