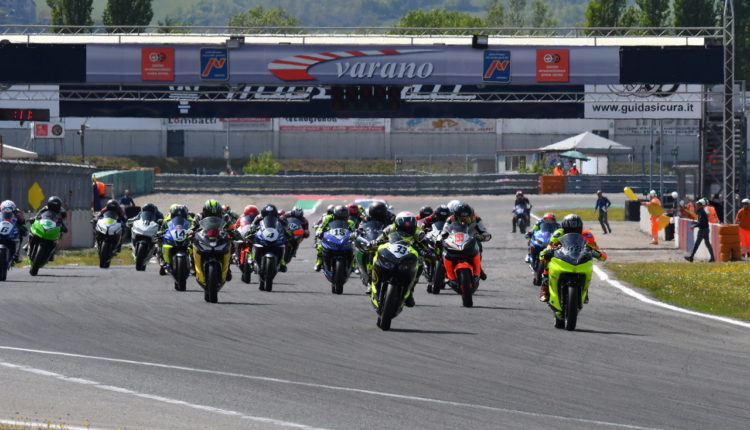 Here is the provisional calendar of the MP Dynasty Exhaust MotoEstate 2023 Trophies.

The 2023 calendar will follow the footsteps of the recently concluded edition. It will therefore start from the home of the MES: the Riccardo Paletti circuit of Varano de Melegari, on Sunday 23 April. From here, it will then move to the Cremona Circuit, during the weekend of 28 May. As happened last season, the MotorValley track and the Lombard circuit will be the scene of four of the five scheduled rounds. Before returning to the land of Romagna, the MES Trophies circus will make a stop in the land of Umbria: for the second year in a row the Magione circuit will host the MotoEstate, specifically on Sunday 2 July. The fourth round is scheduled on 6 August on the Riccardo Paletti circuit and promises to be fiery, while the Cremona Circuit will host the last tango of the season on Sunday 24 September. As usual, the race programme will follow the classic format of the MES Trophies: optional free practice on Saturday morning and official practice in the afternoon. Sunday morning final qualifying and then off to the races.

Opening date and registration details will be announced shortly.