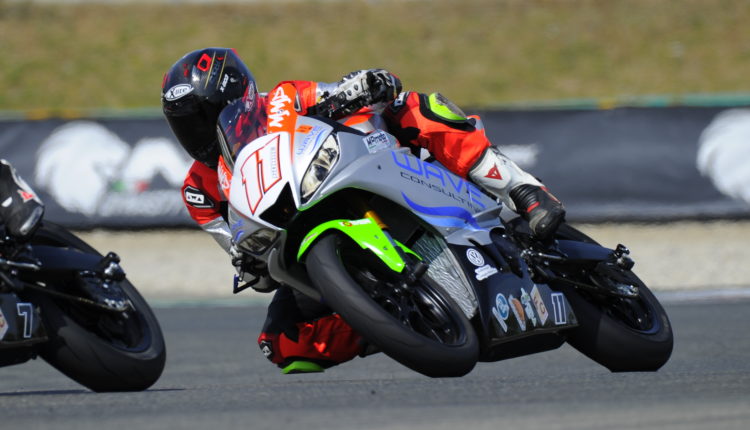 The MP Motoestate Trophies on track this weekend on the historic Varano de ‘Melegari circuit, for the fourth round of the season and the last one before the summer break.

It will be a fiery race both for the many categories at the start and for the championship standings that could be defined definitively before the last round in Cremona, scheduled for 25 September.

The weekend will start on Saturday morning with free practice, and then go live in the afternoon with the first qualifying. Last qualifying on Sunday and then at the start with the races, which are numerous. In addition to 125 SP, Moto4, Supermono, 300 ClasseViva, 600 Open and Stock, 1000 Open and Stocke Race Attack, the BDB, RBF Cup, CRV and Octo Cup trophies will also be at the start, which after Magione will return to the MES schedule.

The 125, category that puts the legendary 2-strokes on the track, sees the reigning champion Emanuele Magnanelli as the leader of the SP, ahead of Krstev and Mattia Muttoni, 26 and 48 points behind. In the Open, Cambioni remains in the lead and Bardelli is 16 points behind, while Rosati is third, 26 points behind the leader.

In Moto4 Federico Trubia is the undisputed star and also commands the overall classification of 125-Moto4. On this occasion he will have new rivals, riding new bikes that will face the championship.

The 300 ClasseViva, very crowded and with a very high level, has a rather short ranking situation, with 4 drivers in 28 points. At the moment Mattia Sorrenti commands with Yamaha ahead of Giacomo Zannoni, riding the Kawasaki with Dunlop tires, Mattia Bollani and Emanuele Carzaniga, fourth. More detached but still fighting, Paoloni.

New and competitive faces are monopolizing the 600 Open. Giacomo Gioia leads with 90 points, ahead of Mattia Balella, in the first year of Motoestate, and Giacomo Caffagni, third. The three are packed in just 24 lengths. However, there will be outsiders, who are more distant in the standings, but who will have their say in the race, such as Giordano Travagliati, Alessandro Pozzo, Michele Filippi and Michael Ferrari who returns after a long injury and the home driver Davide Mortali, who will be at the start as a wild card.

Among the Stocks open fight between Andrea Tomio, leader and Matteo Osler, second. The two must not underestimate Girardi, third, Felappi and Massimo Errico who returns from this race.

In 1000, Valter Bartolini on the GPM in Varano could claim the title with a test to spare if he manages to stay ahead of Emanuele Lo Bartolo, second and winner of the last round held in Magione. In third position is Jari Remoto, the 2021 RTK 1000 champion in his first year in the premier class and immediately protagonist. And as for the 600, there will also be attention to Massimo Boccelli, Gabriele Perri, Paolo Cristini and the very young Alessandro Usai.

Marco Como commands in the Race Attack 600 ahead of Luca Coletto and Alberto Bettella. In this category, always a prerequisite that sees the riders take to the track with the performing and economical Dunlop GP Racer D212, in addition to the first three there are many riders who show off every race. Among others stand out Daniele Bassi, Matteo Cristini, William Benedet, Edoardo Boccellari and Diego Copponi.

Among the 1000 Race Attacks, Lorenzo Voch remains at the head of the championship, with fourteen points of margin on the first pursuer Lazzaro Valsecchi and fifteen on Niccolò Pellegrinelli. More detached Proietti, rookie to keep an eye on, who precedes Marco Fabbretti.

In this circumstance the Naked will have two races and the fight will be heated between the ever-green Gelsomino Papa, Nicola Ruggiero, Luca Sessolo, Antonio Marzo and Gollini, all enclosed in just 27 points.

There are all the ingredients for a Sunday of passion on the Parma track. The start of the tests is set for 2 pm on Saturday, while on Sunday from 11.30 the start of the races, which will open with the Octo Cup. Following the Race Attack 600 and 1000, 125, BDB, 600 and 1000 MES, second heat for Race Attack and finally RBF and CRV.