Back in the Netherlands, another – maybe decisive – 50 points are on the table this weekend

After two classic races at the Styrian GP with the podiums better measured in hundredths or thousandths, the Northern Talent Cup hits the road again to race back-to-back weekends. The destination is the TT Circuit Assen and the two races could be decisive – with Jakub Gurecky (JRT Brno Circuit) heading in 53 points clear.

What does that mean? Avoiding a hundred pages of maths, it means that the Czech rider needs to lose little or no ground by the flag in Race 2 to take the crown. With two races then left to run back at the Red Bull Ring for the finale, 51 is the magic number for Gurecky. That much clear guarantees him the crown, 50 or less would depend on whether closest challengers Lorenzo Luciano (Junior Black Knights Team) or Rossi Moor (FAIRIUM Next Generation Riders Team) could equal or surpass the Czech rider’s win count.

The good news for those on the chase is that Assen was the scene of Gurecky’s first trip off the top two steps this year as he took two third places – and Luciano and Moor took a win apiece. The bad news is the same… Gurecky still took two podiums, even at a track that didn’t see him racing as the favourite. How will the pack shuffle on take two? 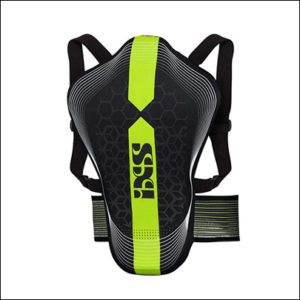 Luciano is now racing with less pressure in some ways after a late run on in Race 2 in Styria put paid to points, so the mountain to climb is now or never for the Belgian. Moor’s deficit is a point bigger, meanwhile, but the Hungarian is the rider with the momentum: three wins in the last five races and a podium last time out. Can he keep that going if Gurecky is to falter?

It’s far from a three-horse race, however, and the likes of Kevin Farkas (Agria Racing Team) – a maiden winner in Austria after an impressive weekend – Jonas Kocourek (JRT Brno Circuit), Swiss rider Lenoxx Phommara (Phommara Team) and their fellow frontrunners will not make life easy. Stepan Zuda (Motoracing23 Klub V ACR), Niklas Kitzbichler (Racing-Team-Kitzbichler) and Loris Veneman (Kahuna Secrurity Racing) also have good CVs at Assen, the latter on home turf, and Veneman’s compatriots Kas Beekmans (Team KNMV) and teammate Damian Boessenkool had some pace there at Round 4 too.

53 points to Luciano and 54 to Moor put Gurecky very much in the driving seat heading into the penultimate round. But this is motorcycle racing and anything can happen… so tune in to see what does! Race 1 gets underway at Assen on Saturday at 16:55 (GMT +2), with Race 2 potentially providing a shot at the crown at 15:20 on Sunday.

MINI SPEED SPANISH CUP: WHAT A RACE IN TERANCON