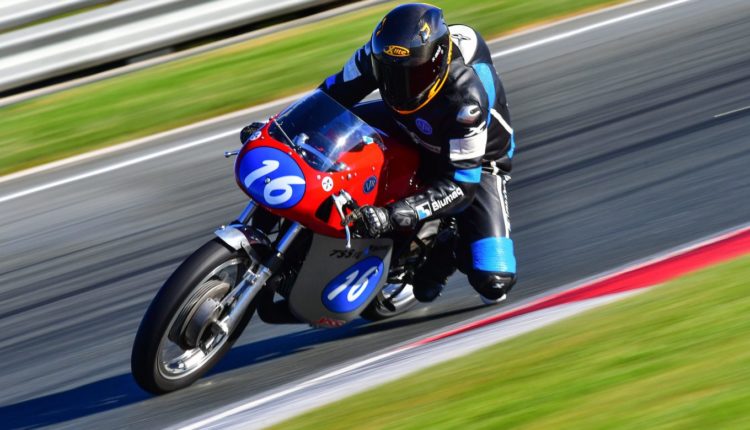 The fourth test of the National Classic Speed ​​event was held this past Saturday at the Navarra Circuit. It is a very common track for riders in this discipline as many of their races take place there. With a magnificent atmosphere and with the public wanting to see a great show, this test was held in which some titles were defined.

Sergio Fuertes, the great referenceAfter a timed practice in which the intentions of each one were already seen, Sergio Fuertes took, once again, the pole after having been the fastest in the two practice sessions. He was accompanied on the front row of the grid by Miguel Cortijo and Javier Triguero. Cortijo stood up to Fuertes in the first laps but, in the third, Sergio surpassed him to ride the lead and win what would automatically make him the Spanish champion of Classics C with a full of victories in 2021. Cortijo crossed the finish line second and Vicente Arnau third after passing Triguero and riding in this position the entire race.

By categories, in Classics A, José Vicente Andreu, Gregorio Cañizares and Ginés José Alcaraz climbed to the Navarrese podium; in Classics B Miguel Cortijo, Vicente Arnau and Joaquín Orts and in Classics C Sergio Fuertes, Javier Triguero and Philippe Legrand.

The next test of the RFME Cup of Spain of Classical Speed ​​will be held on November 13 and 14 at the Circuito de Jerez Ángel Nieto.

DUNLOP CUP: AN INNOVATING SEASON ENDS, BUT EVEN MORE SURPRISES ARE COMING …