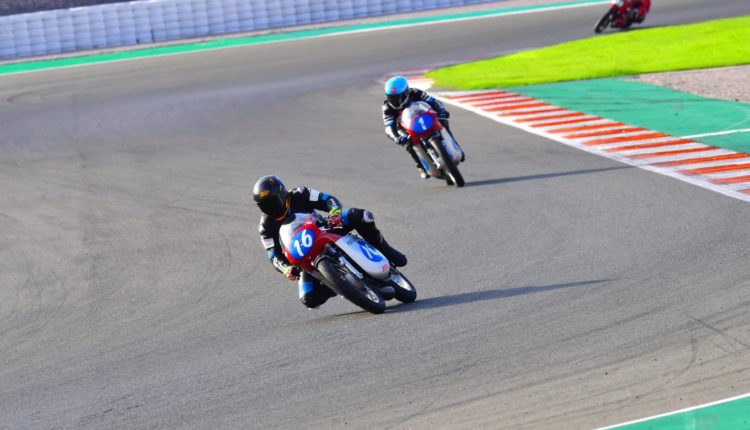 This past weekend the fourth round of the Spanish Cup of Classical Speed ​​was held at the Circuit Ricardo Tormo. With quite high temperatures but with a great atmosphere in the paddock, the riders disputed their timed practice and the race on Saturday.

There are fewer and fewer points to distribute and the drivers who are fighting for the championship give it all in all sections.

The first timed training session was taken by Sergio Fuertes followed by Javier Triguero and Miguel Cortijo. The second round had the same result and Sergio was the fastest although he was very close to his main rival, Javier Triguero.

All three started from the front row of the grid for the race. Since the traffic light went out, Fuertes was in front. As the laps went by, the Valencian was expanding his advantage against Triguero who could not keep up his rhythm. Rafael Gimeno kept closing the top 3 in category C but far behind both Sergio and Javier.

In B Joaquín Orts was the leader almost all the laps but Vicente Arnau surpassed him to climb to the first step of the podium in this category. Thus, Orts had to settle for being second and J. Manuel Ortega third. In A, J. Carlos Pérez won, José Ballester was second and J. Vicente Andreu third.

The next round of the Classic Speed ​​Spanish Cup will be held on October 9 and 10 at the Navarra Circuit.