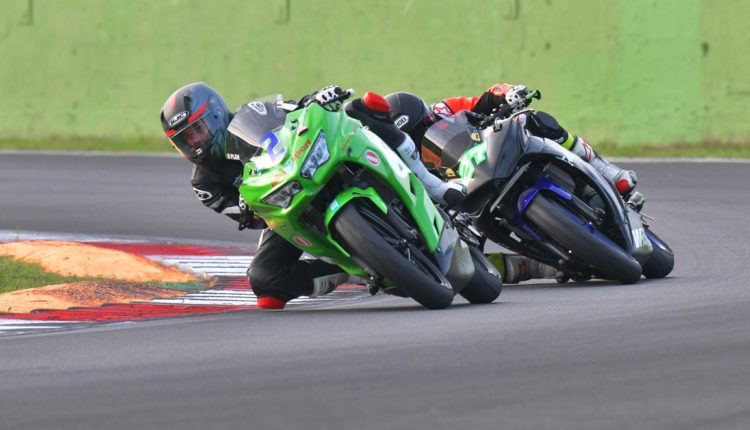 Women’s European Cup is getting ready for the inaugural challenge at the Misano Adriatico circuit!

After the crazy final last year, the girls are ready to return to the track and take part at the third edition of the women’s trophy, probably the most awaited given the news brought thanks to the efforts of the organizer EMG Eventi, Federazione Motociclistica Italiana, FIM Europe, AAFIM EUROPE, Spanish Championship ESBK and Alpe Adria.

The round on the Romagna track, planned in conjunction with the first of the Campionato Italiano Velocità, will be the prelude to a season that will see the athletes compete in a calendar of six matches for a total of nine rounds, with the reconfirmed tracks of Misano, Rijeka, Vallelunga and Mugello, as well as the new and precious addition of Valencia.

An increasingly multilingual starting grid with 8 countries represented by the 21 provisional entries, with the winner who will even have the chance to participate as a wild card in the final round of the CIV300 at the “Enzo e Dino Ferrari” Circuit of Imola; the reigning champion Beatriz Neila Santos, already winner of 2020, will have to defend herself from the expert colleagues and the fierce new rookies to earn the coveted prize.

As already announced, the Championship also boasts growing prestige thanks to new important partnerships including Premier Helmets, Brera Milano, Thermal Technology, S97 Racing and ETS Racing Fuels with special rankings dedicated to girls who choose to be represented by the aforementioned brands.

Appointment on Friday, April 1 with the free practice sessions scheduled at 09:15am and 02:00pm, both lasting 20 minutes. Saturday will be entirely dedicated to qualifying, with the assignment of the first seasonal point for the pole-woman who will be the fastest at the end of the two sessions scheduled for 11:30am and 05:20pm. For Round 1 the title sponsor of the weekend “Motor Bike Expo” will pay homage to the Best Lap of the race. Sunday 3 April the race at 10:50, on distance of 10 laps

THE SPANISH SUPERBIKE CHAMPIONSHIP IS READY TO KICK OFF