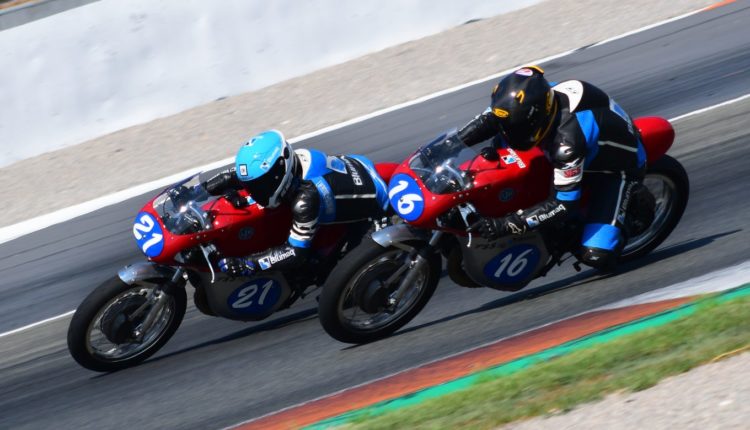 The fifth round of the Spanish Classic Speed ​​Cup in Spain took place last weekend at the Ricardo Tormo Circuit. 33 riders, divided into the three participating categories, Classic A, Classic B and Classic C. The races were exciting as usual, on a circuit that always enjoys the appreciation of drivers and the public.

The heat was the real protagonist of Saturday, in which qualifying and the first races took place.

After the first particularly tight qualifying sessions, Javier Triguero and Sergio Fuertes were the absolute protagonists, both in qualifying and in the race. At the end of the brawl that lasted the whole race, Triguero was able to cross the finish line before all the others.

Sergio had to settle for the second step of the podium with Joaquín Orts who finished in third place.

The sixth and final round of the Spanish Classic Speed ​​Cup will be staged at the Jerez Ángel Nieto circuit over the weekend of 1 and 2 October.