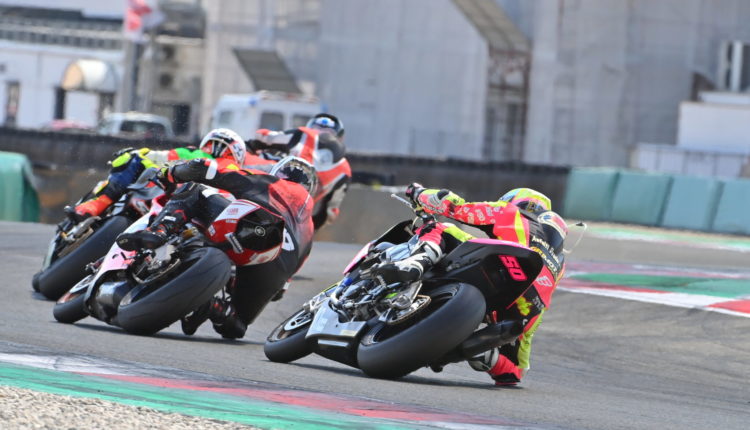 The market runs fast, provides new motorcycles and in order to offer a quality product for those who compete, the longest-running motorcycle championship in Italy is studying new formulas and categories. Let’s find out together all the news introduced by the MES Trophies.

The Twins Cup arrives in Italy

The middle-class market is heading in the direction of two-cylinder engines up to 800 cc. The MES trophies introduced Junior Supersport last season. Now the class has been renewed and will take the name of Twins Cup in order to be easily recognizable also by European drivers. In fact, twin cylinders are going crazy in the United States and Europe. The technical regulation has yet to be defined, but the MES Organisations wants to try to find the best solution to allow those motorcycles with less power to fill the gap. The goal is to anticipate the rules that will also be applied in the category dedicated to the Twins, within the 2024 world championship and propose a grid within which different brands, models and tuners can be compared, thus enhancing the combination oftechnical and sporting contents.

Twins Cup: which bikes at the start?

As per the philosophy of the MES Trophies, there will be room for everyone and for all bikes, as long as they have 2 cylinders from 600 to 750 cc, 4 valves, up to 800 cc 2 valves, standard or prototypes such as the RosMotos and other tuners that they use Suzuki or Kawasaki engines. You can also race with the standard Suzuki, Ducati Monster 600, or with the fascinating Paton and finally with the latest arrivals on the market, Aprilia 660, Yamaha R7, MT07 etc.

The name and substance of the old 1000 Open also changes, which starting from next season will take the name of Sound Of Thunder, grouping V2 and V4 with separate classifications. In the V2, handcrafted or mass-production two-cylinder motorcycles with displacements from 1000 to 1400 cc will be able to race. The V4 provides for the participation of series-derived motorcycles, with Super-Open regulations from 1000 to 1300 cc.

The 1000 Stock, however, remains unchanged and will continue to be Dunlop mono-tyre. The riders will be able to choose to take to the track with the D213s or with the KR slicks.

The medium-sized Supersport market is also in turmoil and since last season the Big Supersport class has also been introduced within the MotoEstate Trophies which allows teams and riders to line up two-cylinder bikes with displacements up to 955cc, 3-cylinder to 800cc, in addition to the 600cc 4-cylinder both production and prototypes. To keep a name in line with the other premier class, the 1000, the 600 Open category will also take the name of Sound of Thunder 600.

For those wishing to race in the 600 Stock, on the other hand, they can only do so with production-derived 4-cylinder bikes and with Dunlop mono-tyres, with the choice of tire at the rider’s discretion.

Some technical changes will also affect Moto4, the ideal category to start your career in the world of racing with a limited budget. You can use 150cc engines, like those used in Spain, up to 250cc. The regulatory specifications will be published shortly.

No change for what concerns the other categories: 125 SP, Supermono, 300 SS, Naked and Race Attack 600 and 1000. These classes in recent years have witnessed a constant increase of riders at the start, thanks to stable regulations, destined to remain such also in 2023.

All the regulations and the opening date for registrations will be published shortly.

Anyone who would like more information can send an email to segreteria@trofeimoto.it