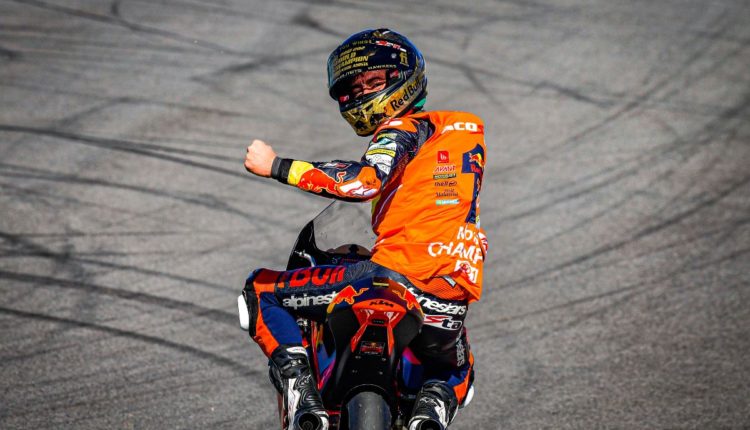 Pedro Acosta is the first rider to take the title in his rookie season in the 125cc/Moto3™ class since Loris Capirossi in 1990.

Aged 17 years and 166 days old, he also becomes the second youngest ever World Champion in GP racing, one day behind Loris Capirossi (17 years and 165 days old).

Acosta becomes the second successive rider to clinch the title in the lightweight category without a single pole position, after Albert Arenas last year.

In Styria, Acosta won for the fifth time in his rookie season in Moto3™, becoming the first rookie to take five wins in the 125cc/Moto3™ class since Alex Criville in 1989 (on his way to clinching the title).

Following Qatar, Doha, Portugal and Spain, Acosta becomes the first ever rider to stand on the podium on his first four GP races.

At the Spanish GP, Acosta won for the first third time in what was only his fourth race in Moto3™. Aged 16 years and 342 days old, he becomes the youngest rider ever to take three successive GP wins, taking the record off Marco Melandri (17 years and 29 days old).

Acosta has stood on the podium eight times in 2021 (including six wins), two less Dennis Foggia. They are the riders with most podium finishes during the season.

At the Doha GP, Acosta became the first rider to start from pitlane and win the race since the introduction of Moto3™ in 2012.